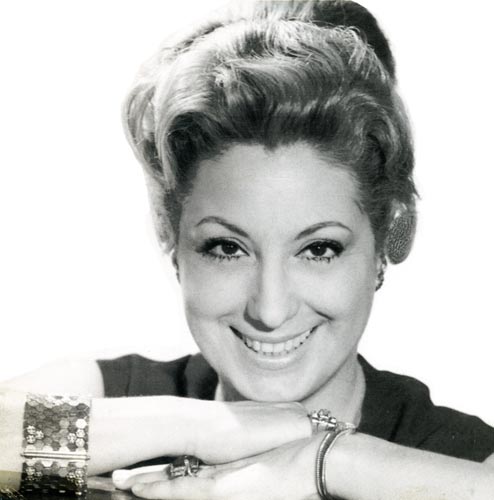 If an opera lover in a bad mood (God forbid!) worried about what the activity of a music critic specializing in lyrical art consists of, perhaps he would present him as a strange being. whose enthusiasm is only awakened when the object of his admiration has passed away. During the more or less long retirement of the deceased, he will sometimes have paid little attention to going to collect some confidences from him about his art and his way of approaching the roles he has interpreted. So many precious testimonies for future generations of artists and music lovers, too often ignorant of the merits of the French singing school.

The fault lies with a certain anti-hexagonal snobbery which values ​​everything that comes from elsewhere. Even more, the absence of reissues of lyric records engraved by our national singers in the years 1930 – 60, is detrimental to the knowledge of these artists outside our borders. Germany and England are more concerned with preserving the memory of their lyrical past. So we are almost surprised by the number of articles published on the news of the death of Renée Doria, so much did this singer seem forgotten. May this apparent enthusiasm foreshadow future discographic reissues.

The soprano passed away on March 6, 2021, a few weeks after reaching her 100th birthday on February 13. She closely follows Andréa Guiot, who disappeared on February 15, at the age of 93 (WUKALI). It is a whole generation of French lyric singers who died out in less than a year, after the deaths of Gabriel Bacquier (WUKALI) and Mady Mesplé, in May 2020. All these artists had been born in the South of France – in Perpignan for Renée Doria – that is to say in these regions where we sing as naturally as we breathe.

Born into a family of musicians, she developed her gifts through very complete musical studies (piano, music theory, harmony) before focusing on singing. She benefited from the lessons of famous singers – Maria Barrientos, Lucien Muratore and Vanni-Marcoux -, heirs of the 19th century singing school from which she will sing the works of the great lyric composers, French and Italian, the latter in French translation, although she mastered four languages. During a career spanning almost forty years, she sang 76 roles on the stage and 125 on the radio (at the time, the performances were broadcast live), for a total of approximately 2,500 performances and concerts.

From the age of eighteen, she performed in Cannes, where the casino was then known for the quality of its lyrical shows, and in Monte-Carlo. His first role on stage, in an opera, took place in Marseilles on January 18, 1942, with Rossini’s Rosine from the Barber of Seville, reserved at that time for light coloratura sopranos. Her triumph is such that she is offered to replace at short notice a sick singer in the Olympia of Hoffmann’s Tales. Lyon, Toulouse call it and soon Paris. She arrived there before the end of the war and sang Lakmé, first at the Gaîté-Lyrique, whose hall she said was green, because the pit was occupied by German officers, then at the Opéra-comique, on the 20th October 1944. Reynaldo Hahn, who had heard her in Cannes, hired her at the Palais-Garnier, of which he became director at the end of the war, to play, on January 4, 1947, the Queen of the Night, a role that ‘she hardly liked.

The number of works she interpreted is impressive both for the quantity and for the vocal difficulties they reserve for the soprano: Gilda, Lucia, Norina, Fiordiligi, Olympia, Manon (Massenet), Leïla, Philine in Ambroise Thomas‘ Mignon, of which she performed the two thousandth at the Opéra-comique in 1955, and by the same composer, l’Ophélie d’Hamlet. We must add Philemon and Baucis de Gounod, Les Indes galantes – of which she assumed, sometimes from one day to another, the roles of Hebe or Fatime -, Gwendoline de Chabrier, L’Ambassadrice d’Auber, Le Comte Ory by Rossini. Without forgetting Rigoletto (Gilda, 1955), La Traviata (Violetta, 1956), Le Chevalier à la rose (Sophie, 1957) and Thaïs, with which she crowned the air of the mirror with a superb counter-fa.

To the large number of roles in her repertoire, we must add the multiplicity of places where the singer performs. Outside of mainland France, she sang in Algiers, Oran (where the author of these lines heard her in Gilda), Tunis, Geneva, Baden-Baden, the Netherlands, Italy, where she addresses the Marguerite de Faust, Lucia di Lammermoor, Romeo and Juliet and the three heroines of Tales of Hoffmann (which she will later require to sing the three roles to agree to perform in this work).

Sometimes it turns into a marathon: “One week, thanks to the luck of the calendar, I was able to sing two Manons in Geneva, two Hoffmann’s Tales in Strasbourg and two Lucie de Lammermoor in Rouen. Other times, I was able to sing, and without fatigue, (to compensate for the failure of an artist on a Sunday morning) three Mireilles in a weekend and, in the same way, three Manons (six paintings – five different costumes!) ”.

Let us not forget to understand the weight of this last precision that the singers had to provide their own stage outfits which they transported from one place to another. Sometimes arriving very late at their destination, they found themselves obliged to drag their trunks to a hotel more or less close to the station where they disembarked. But nothing seems to bring down our heroine who specifies: “Certain week, I played Salle Favart Rosine on Friday, at Garnier Violetta on Saturday and the next day, in the morning, Thaïs in Strasbourg. This rhythm is exhilarating, it maintains and lubricates the voice, when it is well placed. Technique is the abolition of chance! Without a doubt, this mastery still needs to reach an exceptional level so that the vocal cords and health do not suffer.“

She said she did not regret having sung little abroad: “What would I do on other continents? To be the specialist of four or five characters? While here the list is almost endless. Delmas, Fugère, and so many others, did they not settle in Paris? Besides, I think that with rare exceptions (Endrèze, Bidù Sayào), who came to work for a long time in France, you can only really sing well in your mother tongue. The older ones: Stignani, Pagliughi, Rosvaenge, Merli, Lemeshev, sang only in their language, and therefore they always excelled. They avoided clumsiness and misinterpretation. Latin, I practice Italian and Spanish. I have been offered to sing, (and speak!) Roles in Russian and German several times, but I refused. “

She had boundless admiration for Ninon Vallin, less for the teacher than for the artist and the woman, and appreciated Lotte Lehmann, Barrientos, Tetrazzini, Calvé, Boninsegna with whom she shared the same vocal technique.

For her, the natural gift and the technical knowledge go hand in hand. Her voice is exceptionally long: to the high-pitched notes she emits without losing the power of the breath, we must add her art of spun sounds that seem never to stop, as on the last syllable of Thaïs’s farewell to Athanaël who led her to the convent where the heroine will atone for her sinful life and she walks away with a promise of reunion: “In the father’s house, we will meet again! “. All this, without being devoid, like many sopranos of agility, of a serious register. Thus, she was able to mix, in the great aria of Rosine du Barbier by Rossini, the version for light soprano and that for mezzo. The particular charm of his voice was also due to the shimmering of a timbre which found its true fullness only in space and the acoustic reverberation of an opera hall because, in the studio, in the event of a technically sound recording mediocre, the voice might sound tremulous. Let us add to these qualities, a perfectly clear articulation which made the sung text completely understandable over the whole range of the voice.

Uncompromising with herself, Renée Doria decided on her own to end her career on stage, when she could have adapted her repertoire to her vocal evolution: “When you can no longer do things as you want, it is better to stop . It’s not fun to get up in the morning and say to yourself: Come on, let’s go for three quarters of an hour of vocalizations. While working on Thaïs aria, I did first the B, then the reverse D, and finally the counter-fa: around 1981, one morning, the counter-fa did not come out, so it was over. ! “. She clarified, “I didn’t say goodbye because I think it’s stupid. The last thing I sang was Suzanne in Les Noces de Figaro, in Limoges. “

She then devoted herself to teaching at the Conservatory, but refused master classes in which she saw more exhibition than efficiency. Let us add, with the temperament that we can guess from the greenness of her words, that she was not content to dazzle the public by her only vocal qualities: she also wanted to be an actress. At that time, this was not always the major concern of all lyrical artists, especially since the directors had not yet become more important than the conductor.

His recordings, numerous for the time, were transferred to CD and, for the most part, resumed today under the Malibran label, a collection founded by Guy Dumazert (1922 – 2004), the husband of Renée Doria. However, it was Naxos who re-edited, in 2002, the complete Tales of Hoffmann (Doria sang Olympia), published by Pathé in 1948, directed by André Cluytens, with the Canadian Raoul Jobin, the unexpected Bourvil and veteran André Pernet.

A Barber of Seville, published by Vogue in 1955, sung in the French version – which sometimes differs from the Italian original – has been reprinted by Malibran. The Count Ory (with Michel Sénéchal, Robert Massard, Xavier Depraz), under the Bourg label, remains difficult to find. Doria recorded with Alain Vanzo, Adrien Legros, Robert Massard, conducted by Jesus Etcheverry, in the 1950s, extracts, and sometimes integrals, of Manon, Faust, La Bohème, Rigoletto, Les Pêcheurs de perles (which we can listen to a selection on the website of the “BnF Sound Collection”, in excellent sound, as well as the complete Noces de Jeannette), Le Pré aux clercs. Malibran has reissued, in the form of extracts or compilations, duets of Renée Doria with Alain Vanzo.

We will remember, above all, the stereophonic integrals of Mireille and Thaïs, released in the early 1960s, still with the same conductor Etcheverry, the same baritone, Massard. She demonstrates a remarkable technical mastery, while translating, with emotion, the tragic evolution of these two heroines. Another important full-length recording is that of Massenet‘s Sapho, a world premiere that she recorded in 1978, at the age of 57, with an intact voice.

However, she did not neglect the operetta (Les Mousquetaires au convent, La Veuve joyeuse, La Vie parisienne, Le Pays du Sourire (with Tony Poncet), La Chauve-Souris, Le Baron Tzigane. 1980, a program of French comedy operas. Less well known are her recordings in 1993 of numerous melodies by Reynaldo Hahn, Francis Poulenc, Claude Debussy, which complete the portrait of the musician she was. stage with the greatest performers of his time: besides Vanzo, Crespin, Gedda, Schipa or Gigli.

It’s time to rediscover the art of French singing according to Renée Doria.

Danielle Pister was a University Professor at Université de Lorraine, Head of the Department of modern languages