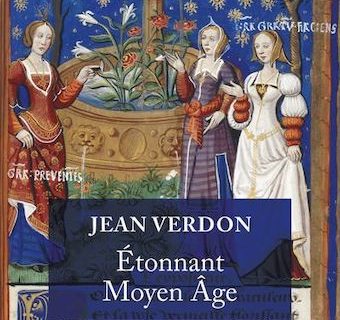 Fascinating Middle Ages, a new glance over this period

by Félix Delmas 20 May 2021
FacebookTwitterPinterestLinkedinEmail

For several decades, thanks to the works of Le Goff, Leroy Ladurie, Régine Pernoud and others, the black image of the Middle Ages has been disappearing. Either way, one could find the rehabilitation of this era as early as the Romantic period, but it fantasized about it more than it understood it.

The Renaissance which official history has praised is not a period of rupture, but the “natural” evolution of Western society. Without the evolutions of theology with Abelard and especially Saint Thomas, there would surely never have been Pic de la Mirandolle nor Érasme. As for the XIXth century, it suffices to read Lavisse, Thierry, Michelet or even Henri Martin, to perceive the accumulation of clichés.

And what about the restorations of the cathedrals made at that time? Indeed, Eugène Viollet le Duc wrote that he restored Notre-Dame de Paris not as it was thought in the Middle Ages, but as it should have been erected. For example also the portal of the Virgin of the cathedral of Metz, remade by Turnow where one can admire the 32 degrees of wisdom, concept created in the XIXth century, but certainly not in the XVIth century!

In fact, we grew up with clichés, a false vision of the Middle Ages perceived as a dark era of pure obscurantism, between two dazzling periods. Too bad that those who think that have never read the writings of Saint Bernard or Saint François on nature, we are not far from Spinoza!

But, fortunately, we discover that this period, which lasted after all a millennium, was a period of great creativity in all fields: spiritual, agricultural, architectural, economic, social, etc. We realize that the status of women was much more liberal than what it has become in the Renaissance, and even in our time. The witch hunt does not date from the Middle Ages, but from the Renaissance! Yet in the dominant imagery, it is proof of the obscurantism of the Middle Ages! That the freedom of thought was much greater than it was thought, that sexuality was fairly free, etc.

Either our ancestors did not think at all like us, for them everything was religious and they thought, lived, died, bathed in the dogmas of religion. Dogmas that have evolved over time. It is certain that the Church has gradually taken a more and more important place in the daily life of each one. Marriage is only imposed around the eleventh century, for example. Temporal and spiritual power were closely linked with sometimes bloody conflicts together. And the Church was also filled with sometimes very strong currents, which tends to show that the thought was not unique, uniform but was the subject of often heated debates

Jean Verdon, one of our best medievists, is contributing to this work of rehabilitation. In his latest book Étonnant Moyen Âge published by Perrin editions, through 54 short chapters, he deals with all aspects of the life of our ancestors: “homosexuals accepted, municipality looking for a mess, to marry for love, already“ new fathers ”, the cemetery, place of life, days of unemployment and strikes, mutual funds, weather, etc. ”Clear texts, easy to read, accessible to all.

An essential book to approach the Middle Ages, to understand its complexity, originality and above all its modernity. At the level of thought, it is not certain that the most obscure period was the Middle Ages, when we see the regressions (alongside the flashes) of the Renaissance. Either way, life was tough then with wars, epidemics, very high infant mortality, but people could thrive and be happy.

Yes, the Middle Ages were a fascinating period, far from the clichés that still have to be fought, a period to be rediscovered because it is full of lessons even for our present world.

Compassion, the most disconcerting enigma of human nature

Is Art, and especially Music, an avatar of sexuality?