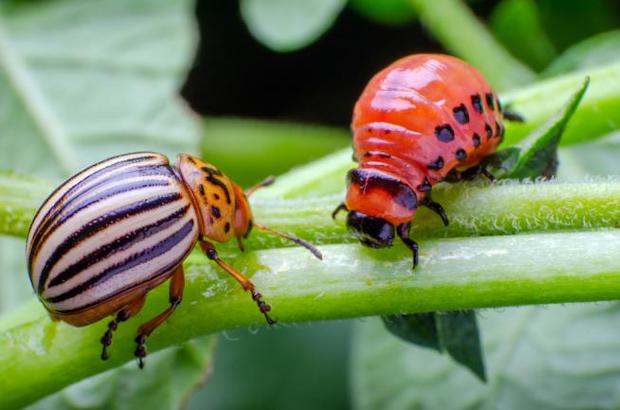 Home Agora The Covid and the Colorado Beetle …
AgoraBooksNews

In my vegetable garden, I watch with pleasure every morning the growth of my potatoes. The plants are healthy, I hope to escape the dreaded mildew, the terror of all home gardeners. Luckily, I didn’t spot a single Colorado beetle either. Last year they had proliferated, whereas I had never seen a single one in twenty years. They used to be quite common, in my childhood anyway, if I remember correctly.

During the Iron Curtain era, the collective lands of Poland were ravaged by these voracious beetles. The authorities immediately suggested that the invasion was explained by the drops of larvae operated at night by American spy planes. The official press spread the news without batting an eyelid. Did the Poles take the hook? Hard to believe.

For their part, the Russians also had to suffer from the Colorado beetle. However, they did not go so far as to claim that they were parachuted by the capitalists, which would have involved a violation of their airspace. They contented themselves with attributing the devastation to a new species of beetle that their botanists called without further comment “Colorado beetle”. Oddly more subtle!

Note that Russian cabbages were also devastated by the white butterfly that all gardeners know, but which, in the Soviet Union, took the name of белая Американская бабочка: American white butterfly. Pretty, isn’t it?

Nothing new under the sun, of course. The French once qualified as Neapolitan evil, what the Italians called “French evil“. It was recently recalled that the Spanish flu had nothing to do with Spain, it had appeared in the United States. That hasn’t stopped the incredible President Trump from consistently calling SARS-CoV-2 a “Chinese virus.” Perhaps there is some relief, if not a secret satisfaction, in France to discover that the many variants of the virus are labeled “South African”, “Brazilian” or “English“.

In my country, in Belgium, a Flemish cartoonist portrayed a patient complaining of fatigue at work, to whom the doctor declared that he suffered from the Walloon variant! That is to say the pleasure felt by the Walloons in front of a brief upsurge of the disease in Antwerp, immediately attributed to a Flemish variant.

In short, all this to see with a smile that we often prefer to attribute to others the cause of the ailments from which we suffer. The investigation carried out in China by experts from the World Health Organization into the genesis of the pandemic, which concluded without further ado to a natural origin, was not convinced. From then on, the theory of an accident at the Wuhan virology laboratory resurfaced out of the murky waters of conspiracy theories. Of course, the Chinese authorities are reluctant to reopen the investigation according to the wishes of the director general of the WHO. What’s more normal ? No one wants to see their country’s name attached to a scourge that has claimed nearly four million lives.

But by blaming the disaster on others, are we not freeing ourselves from our own responsibilities? Scientists tell us that it is the massive destruction of ecosystems that is at the root of zoonoses, diseases transmitted from animals to humans. Since the 1970s, one to five new infectious diseases appear each year, whereas previously it was one every fifteen years. Variants of the virus are just straws that we notice in our neighbors’ eyes, but the beam of the pandemic we all have in sight.

Is Art, and especially Music, an avatar of sexuality?

History of Food, a delicious, beautiful and academic study