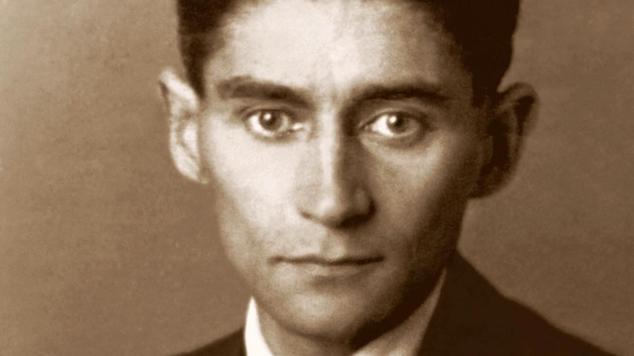 Kafka’s line is accessible again: hundreds of drawings are freely available from the National Library of Israel, where the Kafka archive saved by his friend Max Brod remains. A disappointment, it seems, is that there is no unpublished text among the recovered papers. On the other hand, one insists on the number of drawings and illustrations, which must then have a greater meaning than expected…

“The souls undulate, the bodies tremble” wrote the Yiddish poet Morris Rosenfeld, describing a storm at sea. As Kafka takes up this line recited by Löwy one evening in January 1912, I think back to one of the seafaring aphorisms that the Prague writer formulated as follows: “This feeling: here I do not drop anchor” and immediately feel around you the stormy tide that carries you“[1].

Kafka’s drawings undulate and tremble, and from this alphabet in the margins of his notebooks, we must deduce something of freedom, however excessive it may seem. In a rare book devoted to the interpretation of Kafka’s drawings, Jacqueline Sudaka-Bénazéraf collects the precious indications of the writer, whose dream was to know how to draw, a dream constrained by an academicism too soon encountered and thus thwarting Kafka’s more expressionist intentions.

Buried and prevented passion, it continued to exist under a subterranean, private and contradictory form. Opposed to the narration, it takes the appearance of a punctuation, and of a language. Kafka says, as if to protect himself from an impossible vocation: “We Jews are not painters, in fact. We do not know how to represent things statically. We always see them flowing, moving, metamorphosing. We are narrators (…) What do you want, I am still a captive in Egypt. I have not yet crossed the Red Sea“[2].

Did the Jewish painter come out of Egypt? Did Chaïm Soutine, whose line undulates and twists under the effects of the transition from the ancient world to the life of Montparnasse, arrive, through art – and a transgression of the prohibitions of representation – in the Promised Land? Or does the line itself contain a shifting narrative, so that the image, sufficiently elusive, cannot become an idol.

Kafka’s acrobats, for example – but the representation of bodies in general – is often identified with an ideogrammatic or hieroglyphic form, yet the idea of a wandering Hebrew underneath Kafka’s German language of narration comes more easily to mind. From afar, I seemed to see letters of the aleph-beth arranged, sometimes humorously, on the aged papers of the archives. Bodies leaning like letters towards the next letter to compose the root of a word.

From this choreography, Deleuze and Guattari deduced an arrangement of the stifled or transfigured desire in Kafka’s work. They write: “The men and linear silhouettes he likes to draw are above all bent heads, erect or upright heads, and heads-the-first“. 3] The bent head signifies blocked desire, the memory of childhood; and the upright head, desire that straightens itself, or runs away. These heads, which extend straight or curved lines, indicate more precisely a segmentation, an architecture of power in Kafka’s writings, which becomes in the eyes of philosophers the literary receptacle of disciplinary societies. They then trace the number of corridors that frame the Kafkaesque narratives, the administrative corridors that force the repetition of a lost man’s comings and goings. The labyrinth of segments and rigid lines must be answered by flexible contours. The drawing thus operates a displacement of the lines pre-drawn by the chains of a strange terrestrial justice, towards fugitive lines of life – one would like to say exilic. In reality, it is not a question of being free, “but,” write Deleuze and Guattari, “of finding an exit, or an entrance, or a corridor, an adjacency, etc.,” because the process, more than its result, would matter to the writer. In any case, it changes the disposition of bodies, and there are no bodies more plastic than those drawn by Kafka – while his own, under the onslaught of tuberculosis, shrinks and prevents him from speaking.

Kafka’s drawings are very diverse. If among them I project a Hebrew alphabet in the process of formation, it is also by retrospection. Kafka, who began learning Hebrew with fervor, it is said, at about the same time that tuberculosis appeared and damaged his larynx to the point of silence, composed a minor melody through the voice of his drawings. A kind of whistling? The last story is about the life of a singer, Josephine – Josephine the singer or the Mouse People. Kafka writes to Robert Klopstock: “I believe that I began in time to study the animal squeak“[4].

“I wanted to see and fix what I saw“[5] Through writing, but also through instantaneous drawing, the permission to capture in a few strokes and zigzags the whole panorama of a life. The drawing indicates something of the body, more radically than the writing. The body, the hand, does what it can to represent what the eye sees. Unless the body itself perceives and anticipates. Soutine, for example, aged his models with his line that blurred time. Kafka writes about this idiosyncratic twist: “The world will offer itself to you so that you unmask it, it can do nothing else, it will twist itself ecstatically in front of you“[6]. A dream or a presentiment – Freud spoke of the artist’s preconscious in this way – Kafka’s drawings invite us to wonder about what his body felt and saw, with a line, a step ahead.

Kafka, Max Brod said in a radio broadcast, had beautiful gray eyes. Walter Benjamin, on the subject of Proust and Kafka, said that “in this writers, the subject mimetically takes on the color of the planet, which, in the next few catastrophes, will turn gray“. Yet, beneath this melancholic knowledge, there is a small rebounding joy perceptible in Kafka’s line, a way out again and above all a momentum.

This tension/twist, which is found in the effects of perception, narrative, or manual drawing, expresses the paradox of a departure that is simultaneously an end and a vision.

In his Diary, Kafka writes about Moses: “He has throughout his life the flair it takes to discover Canaan; that he should see the Promised Land only on the eve of his death is implausible. This last point of view can have only one meaning, that of showing life as an imperfect moment, and how imperfect, since a life of this nature could last indefinitely without ever resulting in anything but a moment. It was not because his life was too short that Moses did not enter Chanaan, it was because it was a human life.“[8]

The consciousness of a fragmentary life gives a form to the vision of things (a head erect, and at the same time inclined on the paper), from the pieces of unfinished drawings, a form in which a philosopher like Ernst Bloch sees a ruin and a promise at the same time.

Is Art, and especially Music, an avatar of...