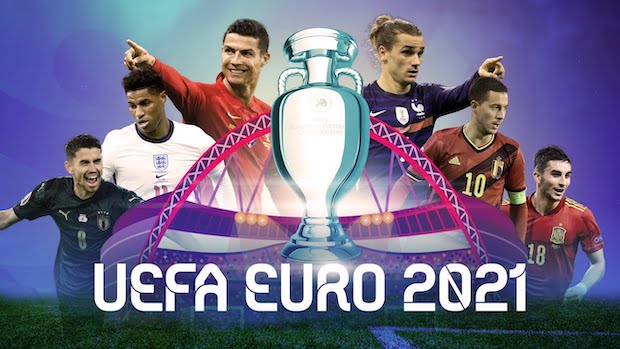 The defeat of the French team in the round of 16 at Euro 2020 (as well as that of the Belgian team in the quarter-finals) has at least one advantage: it allows us to reflect a little on the nature of the popular excitement linked to this competition. In the intoxication of victory, one is drunk; one does not think as well as with a hangover.

An extraterrestrial flying over our stadiums in his saucer would undoubtedly wonder what madness has seized the earthlings who are squirming on the stands, while a handful of ephebes in short pants are playing ball under their eyes. It would be necessary to explain to him that the public as well as the players are divided between two countries which confront each other for fun in a simple sporting joust. Our Martian, however, would soon observe that the spectators hardly behave as aesthetes who have come to admire beautiful phases of play, which they would applaud regardless of the team that performs them. It should therefore be made clear to him that, of course, a piece of bravery is not to be disliked by the fans, but only if it is performed by the team of the country to which they belong. If not, they are entitled to boo the author of the feat. The only thing that really matters to them is that their team wins over the other teams, so much so that a victory obtained by chance by their footballers after a dismal performance is enough to make them happy.

The fervor, the cheers, the anthems in favor of their colors, the jeers, the whistles, and even the insults directed at the other side give the fans the feeling that they themselves contribute to the result. They burn with love for the athletes of their camp, charged to make them proud. Their champions are beautiful, they are brave, they are brilliant. Nobody disputes their huge salaries. They are covered with gold like the gods of a new pantheon with its Apollons, its Hermes, its resplendent Ares. The goddesses, who do not play but whom they have married, are offered to popular devotion in magazines.

If they win, it’s not just their skill that stands out, it’s a whole nation reminding another that it is more powerful than it is. Rarely has this been so clear as on June 16, when the newspaper L’Équipe went so far as to headline after France’s victory over Germany, “As in ’18!” If they are defeated, it is a terrible blow from Τύχη (Tyche), the Fortune of the Greeks to whom the gods themselves are subject. One then looks for some hidden cause a μίασμα (miasma), a corruption of the nation that caused the failure. Thus, in England in recent days, the players of foreign origin who missed the penalty shootout in the final were vilified.

Of course, we all want to win. Around the sandbox, it’s about who gets the toys. No one starts a Monopoly game without wanting to ruin his competitors. On the highway, how can we stand to see the back of a car that is supposedly more powerful than ours, especially if it is registered abroad? Let’s face it: this rage probably affects men more than women, which suggests that it is a very old instinct buried deep in the male psyche. To survive, our species had to face predators from other species, and then rival groups of fellow creatures. The males had to ensure this role, and nature made sure that they felt exaltation and pleasure.

Far be it from me to treat this impulse with contempt! I too prefer my country’s team to win. And the fact that the thirst to triumph over the other is certainly a happy catharsis. The danger is to take sports confrontations at face value. We must always remember that our spontaneous partiality is only the voice in us of an archaic impulse – Freud’s thanatos. It is civilization that has policed the wild impulses of humans by reducing them to anodyne competitions. The more civilized a nation is, the less chauvinistic it is.