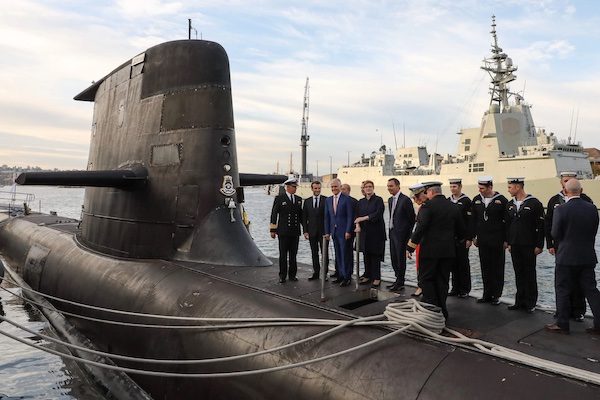 When America pushes France to become itself

The cancellation of the order for twelve submarines from the French industrialist Naval Group has stirred up a storm. One might take comfort in thinking that this is one of the many episodes of the confrontation between an Anglo-Saxon merchant culture and a French statist culture. Between those who see the sale of submarines as a commercial relationship and those who favor its strategic dimension. And undoubtedly there is a little of this at the basis of the astonishment of Washington, Canberra and London at the vivacity of the French protest: (lies! Duplicity! Breach of confidence!) For many, in the United States as in Great Britain or in Australia, business is business and trade involves risks… These indignations therefore seem overdone to them.

In the pincers China – America

But obviously this explanation would be very short. The American withdrawal from Afghanistan, the contempt for NATO partners and the Europeans, can be explained above all by the strength of the tensions between the United States and China. Continuing the reorientation of foreign policy towards the Pacific, initiated by Barack Obama, the current US president, Joe Biden, wants to move quickly.

Getting out of the Afghan quagmire was a requirement to tackle the real challenge posed by China’s rise to power. There is the real stake.

In the same way that General de Gaulle was eager to end the war in Algeria, to turn to the essential, Joe Biden does not take gloves to go towards the main objective: the containment of China . And the French protest is not aimed so much at commercial flippancy about a contract, as at the constitution of a tight alliance against China, effectively excluding France, which nevertheless counts in the region, because of its presence in New Caledonia, or Polynesia, of the 7000 men deployed or pre-positioned in the Indo-Pacific zone, and of its maritime capabilities.

What if the US administration was right not to count on France for its anti-China alliance? What if France refused to let itself be locked in the pincers of the two new blocs, the United States and China?

In the days of sovereign Gaullism, it rejected the logic of the blocs and advocated “detente, understanding andcooperation“; would it not be better now to support a more independent policy? When we measure the attitude of our “allies”, we can wonder about the value of NATO: we are associated with Turkey, which does not fail to increase acts of hostility towards us (support for Muslim Brotherhood in the Arab world as in France), and to the Anglo-Saxons who have just shown in what esteem they hold us.

President Emmanuel Macron’s “brain dead state“, (“en état de mort cérébrale” in French ) as he perfectly quoted it, is confirmed. If the Atlantic Alliance is not in question, the French return to its integrated command decided by Nicolas Sarkozy is proving to be truly unproductive. Our influence there is insignificant. Our exit would be a real response and a path for the future.

Because the American casualness is meditated in Europe. Those who rely on America for their security have much to be concerned about. Of course, they remain indecisive Atlanticists. We remember the debates on the draft European Constitution and then on the Treaty of Lisbon, which had resulted in inscribing in stone “NATO remains for the States which are members of it the foundation of their collective defense and the body of its Implementation “.

But these certainties are crumbling. Only the countries of Central and Eastern Europe are hanging on to it, because of their bad memories. Others are rightly concerned. This is why it would be naive and foolish at the present time to respond to American contempt: “European defense“.

Because our European neighbors have not yet made the path to strategic European independence. A “European defense” today would still be an integrated defense led by the United States.

It is therefore by staying the course of French defense autonomy that we will promote the developments underway. It is our independence and nuclear sufficiency that will allow the emergence of a strategically autonomous Europe.

This submarine crisis reminds us that there is one area where the French and the Anglo-Saxons get along: “England,” wrote Lord Palmerston, “has no permanent friends or enemies; it has only permanent interests “. To which Charles de Gaulle nodded: “States have no friends; they only have interests “. The best state of mind to remain “good friends”….

Heading picture : President Emmanuel Macron of France, second from left, and Malcolm Turnbull, then prime minister of Australia, third from left, on an Australian submarine during a 2018 visit by Mr. Macron to Sydney.Credit…Ludovic Marin/Agence France-Presse — Getty Images

Member of Parliament (Assemblée Nationale) (1988 - 2003), then Senator of Paris until 2005, Jean-Yves Autexier was a member of the Defense, foreign affairs and armed forces committees, former adviser to the Minister of the Interior, Home Office, vice-president of the Res Publica Foundation.

Emmanuel Macron and the petty opposition

Death seen by a thanatopractor

When America pushes France to become itself