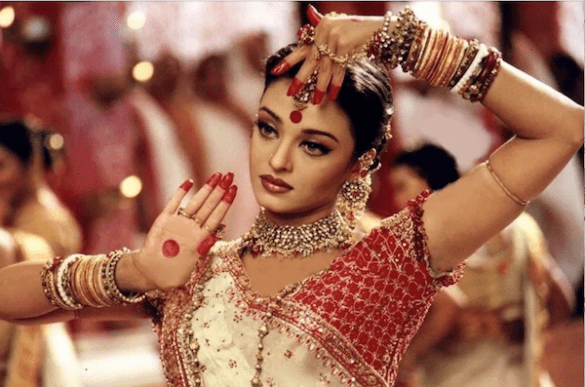 Discussions are underway between the Greek and Indian authorities to stimulate tourism between the two countries and also to make Greece a major European film studio in the style of Bollywood. Thus, the president of the Greek Union of Tourism Mrs. Angela Gerekou met a few days ago in Athens with officials of the Indian Embassy. This meeting follows the visit last June of the Indian Minister of Foreign Affairs Dr. S. Jaishankar with his Greek counterpart as well as the Prime Minister Kyriakos Mitsotakis and the Mayor of Athens.

Diplomats often resort to history and the memory of Alexander the Great was used in many toasts. The sun, the Mediterranean, the landscapes and other cultural, financial and economic advantages, the position in Europe are not for little in this equation. The Greek islands, and in particular Santorini, are particularly appealing to Indian filmmakers.

Bollywood, first of all, refers to the Indian film studios located in Mumbay (formerly Bombay) and by extension to Indian cinema. It is a contraction of the names of Bombay and Hollywood. It is there that these films are made which seduce souls and hearts, well beyond the Brahmaputra. Romances and action films with music, dancers and choreography, in a very particular style that some bad European minds could call syrupy. It is worth mentioning that they are idolized, and their actors with them, by hundreds of millions of spectators around the world. The stories told enchant and seduce under the glittering sheen of lights and spotlights. The groomed actors and the intense charms of these sumptuous Indian actresses with their fiery looks and dressed in shimmering silk saris, drive the audiences who crowd the theaters mad with desire. Love stories to make all our railway station literature green with envy. The DVDs of these films are sold all over the world.

The value of Bollywood for the fiscal year 2020 has been estimated at 183 billion Indian rupees or about 2 billion 120 million euros. It was expected that due to the Covid pandemic, this figure would decrease by more than half. However, estimates for the year 2022 show a growth of 196%. India is the world’s largest market for the film industry.

Recently, URI, a 2019 Hindi-language Indian Super Blockbuster, shot in Serbia, recounting recent events between India and Pakistan, generated over 876% of the film’s initial cost. This staggering return on investment has not failed to interest financiers.

Advertisers in India are well aware of the popularity of the film industry among the audience and have invested heavily in cinema-based advertising.

In FY 2019, the revenue in India generated from cinema advertising was estimated to be over Rs. 11 billion, which is approximately USD 145,000,00. It should be noted that the Indian film industry has diversified revenue streams and is increasingly interested in digital and regional languages

Greek film and TV series production (as well as other related sectors) remains small in the local economy, its amount was estimated in 2018 at 433 million euros. Athens recently had been used by one for the filming of “Tehran” , an Israeli TV spy series and the Iranian sets had been reconstructed in the studio.

On the other hand, in 2021 alone, ten very large films or series with a budget of 8 to 20 million euros were shot throughout the country: From “Rise” (formerly “Greek Freak” ) about the life of Giannis Antetokounbo, a professional baseball player that was filmed in the neighborhood of Sepolia in Athens, to the sequel of “At Knife Point” with Daniel Craig in Porto Heli and Spetses, or David Cronenberg’s “Crimes of the Future” with Viggo Mortensen and Lea Seydoux, in Attica and Phthiotides.

However, this is not the first time that projects financed by major U.S. studios (Disney, Paramount) or broadcast on popular streaming platforms (Netflix, Apple TV, Amazon) are filmed in Greece. According to both the authorities and professionals in the field, this volume was unprecedented that year. Today, foreign producers are flocking to Athens, and filming is increasing in Athens and in all regions of the country. It should be noted that the Greek government has put in place incentives to invest and complete and attractive financial packages to attract productions. This is how the increasing number of film shoots has led to the creation of several tens of thousands of jobs