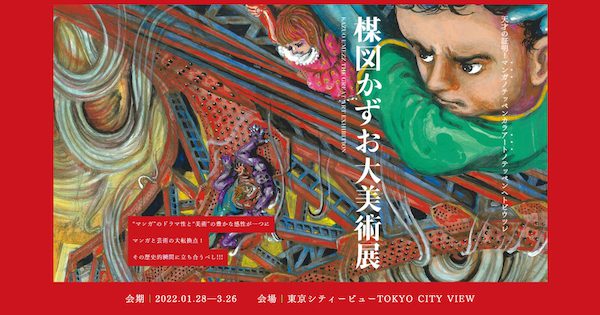 The Western view of Japanese painting is paradoxical, made of both curiosity and incomprehension. On the one hand the Goncourt brothers, for example, in the 19th century, introduced Japanese art to France, which influenced Impressionism, and on the other hand manga art, which for a time was reserved for the walls of the messy rooms of rebellious teenagers.

Nationalism in art, and even xenophobia, are also realities, subjects that are unfortunately hardly talked about in the artistic and Western circles concerned. So it is with manga 漫画, that is, Japanese comics. Among the banalities of conversation outside Japan on this subject, what are we talking about? The violence of the scenes depicted in these mainstream drawings for young readers is emphasized. Interesting… but let’s go a little further and use in our analysis all the resources of human sciences and art history.

The violence in the art

It is not for the least surprising to hear such criticism, the violence I recall, this form of contemptuous Western rejection of what comes from another culture globally ignored. Let us underline however if it is necessary that the very foundation of our genius (in the etymology of the term) is based on the representations in abundance of killings, decapitations and scenes of torture. To be convinced of this, nothing is easier than to walk through our museums, paintings and sculptures attest to this.

Would it be sacrilegious and irrelevant to consider at this point in our analysis the Christian iconography sourced in the Bible and its martyrology of the first centuries. Moreover, a fundamental element of European civilization and culture is expressed in this way, where the atrocious killing of a man mythologized as a god on the cross has been trivialized to such an extent that the instrumental materiality of his torture is erased? The mental image then becomes initiatory and serves as a catechesis. Truth below the Pyrenees, error beyond said Pascal (1623-1662) taking up a previous formulation of Montaigne…!

Death and its representation and what surrounds it, but also violence, a certain idea of ugliness thus percolate in our artistic imaginations and whatever the periods of history, contemporary or not. Let us take some examples.

Let us evoke for the XXth century the atrocity of the scenes of war and trenches of the 14-18 war of Otto Dix, the nightmarish visions of Dado or the tenebrous universes of Vélicovic at the end of the twentieth century. Further back in time the engravings of Goya, a genius. Let’s continue upstream in the first half of the XVIIth century, the paintings of the suave and delicious Artemisia Gentileschi, woman artist, charming daughter of her father, who paints Judith beheading Holofernes or Salome with the head of Saint John the Baptist (Matthew (Mt XIV, 1-12) and Mark (Mc VI, 14-29).

Some analyses of her works, it should be noted, see in them the resurgence through the act of painting of a psychoanalytic transference following a rape of which she was the victim, a crime whose judicial relationship is documented. To this short list, no need to develop further, the lists of painters and works would risk being long and tedious.

It was through the medium of ukiyo-e 浮世絵, through the technique of printmaking, that the treasures of Japanese painting were known from the time of Manet for example. Thus drawings or paintings, ( the two terms merging into the same aesthetic fusion). La Maison de la culture du Japon in Parisパリ日本文化会館through its exhibitions has revealed to the general public, year after year, the extent of Japanese artistic heritage.

Hokusai 葛飾 北斎 mad about painting, as he defined himself, painted fantastic scenes and characters, his notebooks are like breviaries, primers of images, “univers des formes” to use a title that has become famous. What about Kunisada Utagawa 歌川 国貞(1786-1865) or Utagawa Kuniyoshi 歌川 国芳 (1797-1861) this other master of ukiyo-e.

What this fantastic print (see below) tells would make many shudder: In the palace of Soma, the princess Takiyasha, daughter of Taira no Masakado (died 940) and initiated to magic by the toad Nikuhisen, summons the ghost of a giant skeleton. She read a magic spell on his scroll and the ghost appeared, frightening and pushing away Oyano Taro Mitsukuni and his companion sent by the Emperor. The Emperor had already had the father of Princess Takiyasha assassinated because he was planning an insurrection against him. A real operatic libretto!

However, it is well before in time, that is to say between the 14th and the 16th century at the Muromachi period 室町時代 (1392-1573), that developed the fashion in the drawing of supernatural and strange characters, the Yokaïs 妖怪, moreover very taken by the Japanese public as well in the aristocratic circles with paintings on silk as in the popular circles.

Contemporary Japanese artists have been able to draw their lines of inspiration from all this culture, and Japanese literature. In this regard the fantastic, even the strange or the very hard scenes by their emotional strength, thus populate their works, whether it is, for example, the animated films of Hayao Miyazaki 宮崎 駿, cartoonist and director and one of the co-founders of studios Ghibli 株式会社スタジオジブリ.

The world of manga, of course, and this is the focus of this analysis, does not escape this source of inspiration. Some artists have known how to flourish from this resource such as Kazuo Umezu. Remember that he won the Heritage Award at the International Comics Festival of Angoulême 2018 (France) for his film I am Shingo.

The artist now 85 years old is prolific, popular, funny and whimsical. He began his professional career very young, he is not 15 years old! After the war he worked for the kashibonya. These are bookstores that rented for Tokyoites low-cost books (kashibon 貸本) for consultation on site. mainly manga rentals.

Very quickly Kazuo Umezu specializes in a particular genre, the horror manga. His graphic work borrows a lot from cinematographic art. His layout is particular, and the drawing has the function to restore the time, a kind of redundant unfolding of the action taking place. Each cell of the manga reproduces a visual multiplication, insistent and almost anatomical of the same detail, creating an emotional spiral for the reader. It gives a feeling of oppression quite strong. In addition, the articulation of each cell of its layout is subtly dosed and positioned and the eye circulates from page to page very quickly contributing to this impression of unease, horror, the desired goal.

“Scissors that pierce the eyes, from the inside, and advance, penetrating the flesh until it comes out completely, cutting the skull and slashing the face. This is more than horror, or rather it is exactly the primordial concept of cinematic horror: to manifest externally something that is inside. It is a Freudian representation. It exceeds the worst nightmares of Dalí and Buñuel. It is pure surrealism“, as Mario Pasqualini brilliantly describes it in a critical analysis.

His publishing successes are considerable and many of his albums have become best sellers in Japan and around the world. Some titles translated into French: La Main Gauche De Dieu, La Main Droite Du Diable or Le garçon aux yeux de chat.

Beside the horror mangas which he made a specialty he also tried the science fiction genre.

Kazuo Umezu is very present on Japanese television, he multiplies his interventions, makes films, he will even set up an orchestra.

After the winners of the Angoulême Comics Festival in 2018 where he received the Heritage Award for Watashi wa shingo わたしは真悟( I am Shingo) he is questioning. He then devoted himself to painting. He would later state, “It had been a while since I finished my last work in 1995, so I thought that the time had come when I should do something else after receiving the award,” adding, “When you create something, it doesn’t make sense if you don’t do something new.” It was then that he devoted himself to creating a series of paintings rather than a comic book.

It is these paintings (101 original works) that are currently the subject of an exhibition in Tokyo called “Kazuo Umezz The Great Art Exhibition” held at the Tokyo City View Bridge in the Roppongi district.

This article can be read in its original French version, just click the flag top of the page