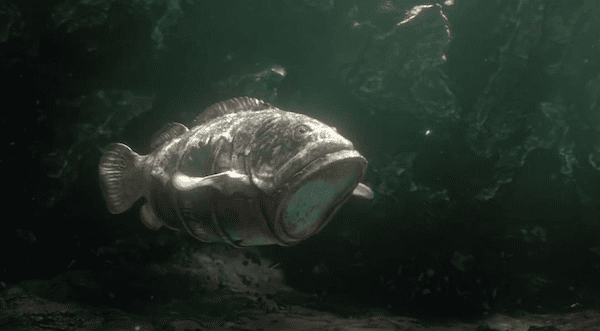 There are many ways to communicate, to create meaning, to convince, to arouse interest, and to achieve a goal to mobilize, and not all methods are the right ones! The glass half full equals the glass half empty is a hollow sophism, which is false, misleading and manipulative. “What is worth more? Art or life?” is the inane speech heard in London by two iconoclastic pishers who made news by attacking Van Gogh’s Sunflowers in the National Gallery. The stupidity has no limit!

They should know that art is not superfluous to humanity, it is its essence! I will have the opportunity very quickly to return on this subject.

More interesting, I hope you will agree, is this animated film Hybrids , which on the subject of sea pollution is particularly effective. It was made in 2017 by five students of the French school of animation film MoPA in Arles, and produced by Anne Brotot.

This chain of ecology that we discover in Hybrids, the title of the film, is very instructive, the role of men in the pollution of the seas is central, we see however only the disastrous result of their inconsequence without them ever appearing on the screen. Thus, a big fish (a scorpion fish, it seems) that is sheathed like a breastplate by a metal beer barrel, a giant turtle that is also a victim, a little further on in the film, an army of small crabs and other hermit crabs helmeted with soda bottle caps. Like a wink to the 80’s movie, The Gods Must Be Crazy !

The aesthetics is superb, the mastery of the computer tools remarkable, the natural rendering is rather amazing, bluffing (a term to be proscribed in these difficult times)! We are not surprised in the least by the multitude of citations and prizes won by Hybrids in the major international festivals

Here is what is intelligent, creative, demonstrative, a drawing said Napoleon, is more effective than a long speech. More effective in any case than this pre-pubescent English environmental logorrhoea.

It is not the first time that works of art are attacked. Quite often many mentally ill people confronted with masterpieces cannot bear in their disturbed brains the sight of the sublime, let’s remember Michelangelo’s Pieta ransacked by a madman in 1972.

In this London attack, we are dealing with a form of pathological navel-gazing, even narcissism, exacerbated and stimulated by the use of social networks. To be convinced, the action of these two young girls were perfectly prepared, and the fraction of time devoted to the pose in front of the cell phones in video mode is the proof. The phenomenon Greta Thunberg, is also to remember, “and why not us too” seem to say these young iconoclasts in search of identity!

But let’s go a little further and use the ecological metaphor, the danger when the ice pack melts is when the icebergs start to drift, nothing is stable anymore, everything is deconstructed, and then everything disintegrates under the effect of the swell, that’s when the Titanic arrives!

And this melting of the ice pack, it is not far from there that ecological, it is above all conceptual and societal, it is fundamentally in the heads, and the danger is then even greater. We are there!

The glaucous Queen of Spades at The Monnaie theater in Brussels