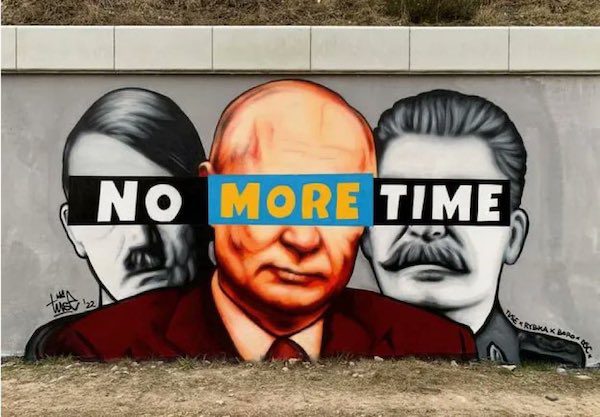 To be, to see, to understand, to question, to doubt, to know how to stop, to question and to step back, to try to untangle the skeins that the current political situation throws at us and to analyze them with today’s wisdoms, a requirement that is, to say the least, indispensable for any “honnête homme“. The upheavals of our tragic current events must never make us forget what founds us, and what brings people together, what some people rightly call the tragic meaning of history. What is more, scientific and anthropological research1 (without falling into an inadequate scientistic praise) is precisely there to demonstrate to us (and it is not, obviously, the only one) the constant work of study of our societies and civilizations of the world as it is.

The smells, worse, the nationalistic remugles, which float between the interstices of certain political comments act like poisons, toxins which attack our social body and call into question the benefits of democracy, and we notice it alas today, of peace. The ferments of division of the world, the hegemonisms and imperialisms which like milk on the fire are splashing and bubbling in the east of our continent in Russia and even further in China, are heralding deadly dangers.

There is something worse than having a perverse soul,” wrote Charles Péguy (1873-1914), “it is to have a habituated soul.
“Il y a quelque chose de pire que d’avoir une âme perverse, c’est d’avoir une âme habituée”

About ten years ago, a study initiated by Microsoft or Apple (I don’t remember which) in Canada, revealed that the latency time, the capacity of concentration and attention of schoolchildren was nine seconds, that is to say less than the memory of goldfish! Today’s computer technology, which is our white bread, has accustomed us in the use of our computers to the fact of memories (RAM and ROM, short memory and long memory).

Would we be so allergic to the perennial installation of our cognitive experiences that we have to eject them cyclically from our reasoning, Sisyphus always starting again. The same intellectual and political battles, the same rights to take back, to defend our liberties?

The unthinkable and the ineptitude, we had forgotten that we were mortal, grotesque masquerade, the Covid revived our primitive fears!

We had just as much forgotten the history of this bloody XXth century and its conflicts. Generational issues?

Thus the crimes of communism in Russia, the Gulag, the unfair trials and the elimination of opponents, and in China of all these massacres, these provoked famines, these manipulations on a large scale. Then the absolute plague, the monstrous horror of Nazism, of nationalism and anti-Semitism erected as a doctrine of subjugation, of war, of occupation, of absolute lies.

We had simply forgotten History, that of this groggy Europe after the War, after the Wars, and that the then utopian idea of a European union and of the reconciliation between France and Germany will allow to raise.

Yes, Péguy was right, “There is something worse than having a perverse soul, it is to have a habituated soul”.

An attitude that is somehow blind, and emollient, and fragmented, and an inability to project oneself.

It is in this respect the bad trial that Putin makes us. This casuistry, this theology that is now political, is taken up by Russian or Chinese propaganda. In France, the undifferentiated extreme right of Le Pen and Zemmour, as well as the parliamentary ultra-left which only dreams of state chaos, are the mouthpieces of this proselytism. This state of affairs, this farce of pacifism, is that of Munich, and one meets it in whatever country one belongs to.

From Moscow to Peking, an indoctrination, a propaganda that feeds in their differences on a nationalism that gives pride of place to the irenic myth of purity. The very concept of war is trivialized, but the word “identifying” is itself forbidden to be used. Putin sent his army to invade Ukraine. It kills, bombs and destroys a brotherly and neighboring country under the pretext of pseudo-neo-Nazis to fight. However, to the great surprise of all observers, faced with the unexpected collapse of the Russian army, dear Vladimir asks his Chechen henchmen or Wagner mercenaries to give the murderous hand. Unthinkable, he threatens with nuclear wrath and suggests chemical warfare.

In China, Xi Jinping openly advocates war against Taiwan (it should be pointed out that the speeches of the Chinese leader aimed at his own citizens and not at the Western media are much more bellicose!)

It should be remembered that in Xinjiang, in the west of China, the Chinese have been carrying out massive population transfers for years in order to drown the indigenous Uyghur population, of Turkish-speaking culture and Muslim religion (i.e., more explicitly, non-Chinese), under a Han mass at the orders of Beijing. An Orwell in the Mandarin way!

Is it necessary to point out that the subsoil of Xinjiang is very rich in fossil energy resources and that a gas pipeline of 3,340 kilometers long is currently under construction, essential to ensure the industrial and economic development of eastern China, that is to say, where the country’s activity is located?

The propaganda speeches about minorities in China, made mostly of folklore, can only please the amateurs of pretty photographs of men and women dressed for holidays. This is a convenient cover for those who are willing to compromise themselves.

This direction given to Chinese strategy, this widely repeated desire to integrate Taiwan into China by force, conquest and expedition, this warlike imperialism (and the colossal risks that it would not fail to provoke for world peace), do not make Mélenchon,(French populist) fed on the gruel of the most primary and arrogant anti-Americanism, blink. Mélenchon, the political heir of the pre-war French Neo-Socialists2, unfortunately we know what will happen to him!

From now on, the world is no longer the same. In what language to express oneself, what words to use without giving the impression of being from another time?

Men of Good will, the formulation has already been made and it is the title of a great novel cycle3 of French literature, and yet!

Scientific cooperation and projects are currently suspended, as is the case for all of us, in view of the events.

The Russian army must withdraw from Ukraine and the leaders of the Kremlin must find accommodations and decisive choices, the only ones capable of envisaging a return to Peace… No need to say more!

1 Read article (click). A Neanderthal family revealed thanks to its DNA

2 The Neo-Socialists at the turn of the Second World War, most often named under the diminutive “Neos”, were made up of French politicians marked on the left and coming from the Communist Party or the SFIO. They included elected officials such as Marcel Déat from the Socialist Party and Jacques Doriot from the Communist Party, deputy and mayor of St Denis, who ended up in the Collaboration and was the founder of the LVF.

Contact: redaction@wukali.com
You can get the original version in French just clicking the flag top head of this article