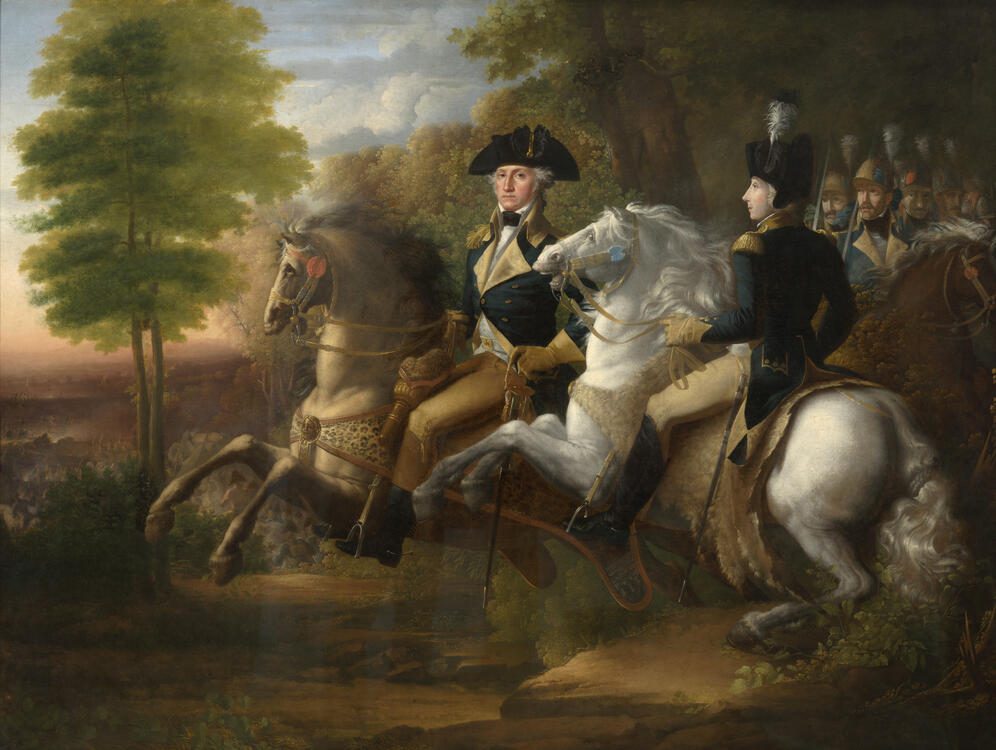 Spies in Revolution, some great French and American actors of the American Revolutionary War

The title of this book translated in French is : Espions en révolution subtitled: Beaumarchais, le chevalier d’bon, Silas Deane et les secrets de l’indépendance américaine. Quite a program! But a more than scholarly program written by Joel Richard Paul, professor of constitutional law at the University of California and previously at Yale and Berkeley. So when one appreciates constitutional law, how can one not be fascinated by history, especially when it is the history of a country that has always been governed by the same constitutional texts since its independence.

For those interested in the biography of Pierre-Augustin Caron de Beaumarchais (1732-1799) (a very nice name) the fact that he was a not insignificant actor in the American independence, (even if it was more for financial reasons than for moral principles!), is not a novelty. His action with Vergennes (1719-1787), then Minister of Foreign Affairs, and more indirectly with Louis XVI is known and has been studied. The quantities of arms and other military supplies that he obtained for the Insurgents are far from negligible and participated, without any doubt, in the final victory of the latter. Just as it is well known that he served as an emissary for the French monarch in order to recover the more than compromising letters that his predecessor had addressed to the Chevalier d’Eon, whose reputation was, from that time, more than sulphurous.

Well, the author tends to believe that the chevalier (knight) was indeed a woman, while the autopsy report of his body in 1810 showed that he was a man, but it must be said that Eon spent more than 30 years of his life wearing dresses.

Let’s be honest, Éon’s role in American independence is more than marginal, if not null. At most, he put Beaumarchais in contact with certain American individuals, sometimes sulphurous, who had an action, not always positive, at the level of the War of Independence. One thinks of course of Arthur Lee, the youngest son of a rich American planter family, a lawyer in London, but above all frustrated, paranoid and particularly petty, who will do everything to denigrate the action of Silas Deane in Paris. At the most, d’Éon, after his quarrel with Beaumarchais, contributed to the debunking of his former friend, which, incidentally, did not help him to solve his financial problems. Indeed, if the War of Independence had bankrupted the kingdom of France, it was the same for Beaumarchais whose action was not recognized by the French and even less by the Americans.

As forSilas Deane (1737-1789), he is little known to the French and, if we are to believe the author, to the Americans as well, although his role in obtaining the support of France against Great Britain is far from negligible. We know more, of course, Benjamin Franklin who, in fact, only benefited, with Arthur Lee (1740-1792), from all the work done by Silas Deane.

The latter, son of a blacksmith, was a former lawyer but above all a merchant who had succeeded, thanks to his two marriages, in building a small fortune. Elected as a delegate from Connecticut to the Continental Congress from 1774 to 1776, he was quickly noticed for his firm convictions in favor of independence. A hard worker, he coordinated and financed the attack on Fort Ticonderoga (Fort Carillon), which marked the beginning of the War of Independence and created the American Navy. After a few setbacks with Roger Shermann (1721-1793), another delegate from Connecticut, he was appointed by Congress as a secret envoy to France, with the mission of obtaining help from France and buying equipment for 25,000 fighters. Not speaking French, he had a difficult start, but was able to contact Vergennes who put him in touch with Beaumarchais.

He is a lonely man, with no contact with his proxies, and does what he can as honestly as he can. He is certainly one of the last to know that there was a declaration of independence. However, with Beaumarchais, he managed to outwit English spies and obtain supplies for the Insurgents. It was also he who recruited young French officers who would go on to glory during the war, such as Baron Johann de Kalb, one of the best tacticians of the war, and of course the Marquis de Lafayette (1757-1834). His situation seemed to improve with the arrival of Lee and Franklin, with whom he formed the American diplomatic delegation to France. On February 6, 1778, he was one of the signatories of the treaties of commerce and alliance between the young Republic and the kingdom of France.

However, he was recalled by the Congress to face accusations of financial malpractice made by Arthur Lee. As his books remained in France, he could not exonerate himself and even less try to recover the considerable sums he had committed to the cause of Independence. It is only in 1842, well after his death, that his family will manage to obtain a compensation.

It must be said that Dean was the object of dirty tricks, slander, lies on the part of Lee (who did not like Franklin either) and so on. And then, there are fault lines within the Congress between the Anglophones and the Francophones of which he is somewhat the victim.

Dean died in England while returning to his native country. It must be said that after his setbacks with Congress he had been critical of France. Convinced that the war was lost, he ended up saying that the American states should remain under the dependence of the English crown.

This book illustrates a whole series of twists, double agents and treacheries. What can be said of the hypocrisy of France, which wanted to show that it was applying the peace treaties with Great Britain while it wanted to wash away the humiliation of the Treaty of Paris of 1763, which had put an end to the Seven Years’ War, but which on the quiet favored the smuggling of arms to the Insurgents. In other words, the French double-dealing, of which the English were far from being fooled, more than contributed to the final American victory, and the author details with a certain greed the meanders of this diplomacy which, in fact, is still relevant today. France hoped for a long war to weaken its neighbor across the Channel. We can’t do better today!

In this abundant book, Joël Richard Paul makes us discover the backstage of a period which caused a real earthquake in the History of humanity. We read his book like a spy novel, but everything is true. According to him, history is often much more gripping, much more exciting than fiction!

WUKALI is a French art and culture magazine with free access on Internet. https://wukali.com (click)
A broad panorama of topics. From arts, books review, political sciences to animation movies and astronomy…
Some articles are available in English