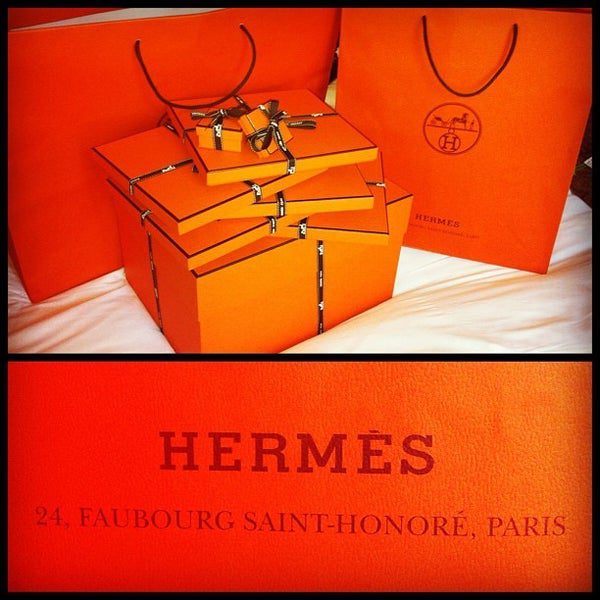 There is more than one book that tells the saga, the story of the family and the house Hermès, from the saddler of the early nineteenth century, to the symbol of luxury “аt the French”, (à la française) that it has become. The men, the leaders are known, their talents, their “flair”, their requirements have been studied to try to understand this success.

Thus, enthroned at the center of this famous dynasty is the tutelary figure of Émile Hermès, the one who made the link between two centuries, two worlds, who made Hermès become Hermès, and did not remained a saddlery among so many others that disappeared with the emergence and development of the automobile, marginalizing the use of the horse to move about. Horseback riding has become essentially a sport; the horse reserved not for an elite, but for enthusiasts, often with financial means above the average population.

The genius of Hermès was, while remaining the world reference in saddlery, to have been able to diversify and, in a way, to produce, always with the same ideology of perfection, “by-products”, first around the horse and then around a certain way of life, the famous and unique French art de vivre.

This is a certain way of living around luxury, but the real luxury, the one that is not seen, especially not the “bling” of the nouveaux riches. No, Hermès knows the politeness of aristocrats, they do not show their means, with them everything is natural, discreet, and Hermès permits them to have a real second skin, perfect, natural.

Go one day to a Hermès boutique, look at the jewelry or any other object offered to your contemplation, to your desire. Nothing flashy, simple shapes, but noble materials and a perfect… way of doing.

Thus, it is far from assembly line work, robotized at lower cost, and using raw materials of low quality, with a finish in the details that, in fact, does not exist! No, Hermès, it is also and perhaps above all, an ode to work, to the work of man and woman, to the unmatched and unbeatable work of the hand of man, hand guided by tradition. Gestures, ways of doing things go back to the dawn of time. At Hermès, there is a cult of the perfect gesture, the one that comes from the past and that has proven itself, and that the owner wants to pass on to a successor who will know how to preserve it: “what we have received, we give it. If you don’t pass it on, there is an end. For me there is no end“. This aphorism of a worker perfectly sums up the egregore that reigns at Hermès and is discovered in this small book published by éditions du chêne that honors it, Hermès de vives voix.

A series of short chapters, so many anecdotes from the past and present that explain the philosophy that reigns in this house, and that everyone shares, from the big boss to the last worker hired, through the CGT Union delegate. None of them talks about a job well done, but about perfection and dedication, dedication to the company, to its smooth running, to its success. Everyone is aware that they contribute to this success. That without their work, even the most modest, Hermès would not be Hermès.

Each one, from Émile to the electrician, is present in this love of perfection through an anecdote that, when all are gathered in this book, shows and demonstrates the rare specificity of this firm.

Of course when it comes to work and perfect work, it is also an ode to learning, to time. A perfect gesture is not acquired in a few minutes, but sometimes after years. And of course, more than one employee is also a Compagnon du Tour de France ( French organization of craftsmen and artisans dating from the Middle-Ages). It is not by chance that they end up working not for, but at Hermès.

These little pieces of life in this book are masterfully illustrated by Alice Charbin who is known and recognized for her work as an illustrator of books for young people. She gives to the texts of her husband, a wind of “carefree”, of liberty in some way. And it is far from being incompatible. Yes, because true luxury is synonymous with carefreeness, gracefulness and natural. But luxury cannot be constituted as such, without the contribution of exceptional men and women who live a true love, a true passion for their work that they each lead to perfection.

Death seen by a thanatopractor

Emmanuel Macron and the petty opposition