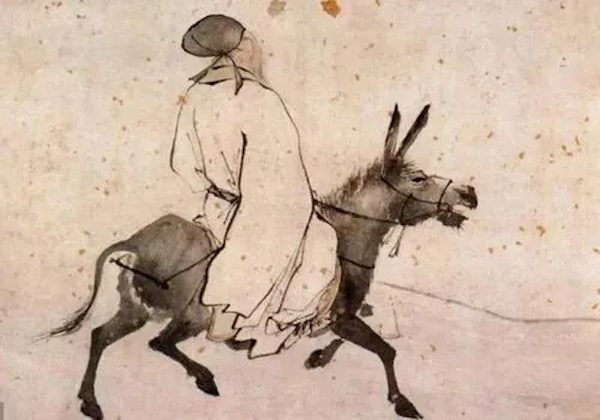 Our curiosity and the documentary research that we devote in WUKALI to feed our press review section have led us at the beginning of this year to examine certain advances in medicine in the field of oncology. To paraphrase a famous phrase of one of our most famous writers*, the twenty-first century will be humanistic or it will not be!

Indeed, how can we not be interested in medicine when this very science can be considered for more than half a century as a marker of our time. It is a paradox when one notes with horror the backwardness of certain minds surprised and bewildered, to say the least, by the Covid and the consequences of the pandemic. Thus, and such is the key to our societal epistemology, the highest degree of knowledge rubs shoulders with the most aberrant obscurantism, as we have all been able to observe in this epidemic episode, and this as much in France as anywhere in the world, from the political field to the media expression. We remember the nonsense of D. Trump seriously suggesting the use of disinfectant to fight against Covid. It was the same in France and the highlighting by certain media and political currents of a professor of medicine from Marseilles who looked like a guru, gloating about being in the media, and whose therapeutic proposals were almost unanimously rejected by his peers and the Academy of Medicine.

We have the weakness to consider in WUKALI the authority of science, the strength of knowledge and its transmission, in this ethical requirement which privileges and makes man greater than himself. It is so with art, a way of being, a glance on the world. Science therefore in its phenomenological perception is for us also an art. Moreover it characterizes our time, that’s why we love it and follow with curiosity its advances! This is also why WUKALI, whose initial motivation is the history of art as I wanted it to be since its foundation, is not fixed but open through its different sections to the observation of what founds us and brings us together. It is what defines us paradoxically in all our singularity.

The popularization of science is indeed a vast subject, and Etienne Klein envisaged in a conference** the complex difficulties and pitfalls that it faces and must confront. Difficulties that certainly exist since the dawn of time but that today, with the cybernetic acceleration of information as well as the fabulous advances in medicine, appear in light. The same could be said of astronomy and astrophysics, and in the case that interests us today in this section, oncology, which impact on our fragile cognitive comfort.

Let us add, to try to be more demanding in this attempt of analysis, that if the social networks became of common and universal use allow a setting in contact and in relation of all the individuals and to connect networks in the world, they also put on the same plan the donkey and the scholar. This is the impossible equation that must be considered. When the wise man shows the moon, the fool looks at the finger, as the Chinese proverb says!

Another difficulty that should be underlined, and which certainly constitutes the thorny obstacle encountered by politicians, for example, is the temporality of the action. The scales of evaluation are indeed different between the average citizen and the decision-maker. This would even be the most enlightening definition of social networks, the present time and the foam of things, or in more geometric terms, horizontality and verticality. A French expression sums it up well: “each one sees noon at his own door” ( i-e chacun voit midi à sa porte), the one who lives the present moment without worrying about the rest, and the one who considers the long term, the political one for example, and we hold in high esteem this field of activity which intrinsically determines the meaning of the state and the notion of history. We observe without naivety what some people shamelessly want to do with it!

Scientific research is advancing by leaps and bounds and all over the world medical teams are working on fields of research which for some of them will lead to promising results. The field of oncology is one of them. For example, Rosalyn Yalow, who was awarded the Nobel Prize for Medicine in 1977, and whom I had the honor of meeting, developed with Roger Guillemin and Andrzej Wiktor Schally the principle of radioimmunoassays, which have become commonplace and are used for diagnostic purposes. In the same way, the studies and work carried out on monoclonal antibodies have moved from the field of diagnosis to that of therapy. It should be noted that knowledge of messenger RNA has contributed to the rapid development of anti-Covid vaccines. No day goes by without a publication!

The news article that gave rise to my thoughts was published in the journal SciTechDaily, which was reprinted from Science Translational Medicine. Researchers from the Brigham and Women’s Hospital in Boston under the direction of Professor Khalid Shah in the USA have found a way to use cancer cells to fight cancer. It is this very article that we thought relevant to transmit to you and that we translated for our readers, we hope that it will interest you. We have entitled it: Cancer cells transformed into anti-cancer agents (click).

Nota: To read the original version of this text in French, click, or on the flag top head of page

Header illustration: illustration of a Tang Dynasty poet, Meng Haoran 孟浩然 (689-740) who spent his life on a donkey and loudly celebrated nature .